One of the many interesting and unique features about Drill is its ability to support multiple query languages, data formats, and data sources, as well as cross-platform querying (such as joining HBase tables with your Mongo collections) using ANSI SQL.

As of now, Drill supports multiple storage plugins, including HDFS, HBase, Hive, and LocalFileSystem. Since Drill is optimized for nested data, we realized that a Mongo storage plugin would be a useful feature.

So, recently Kamesh and I (we have an avid interest in all things Mongo) contributed the MongoDB storage plugin feature to the Apache Drill project. As part of this blog post, we would like to provide instructions on how to use this plugin, which has been included in the Drill 0.6 release.

The instructions are divided into the following subtopics: 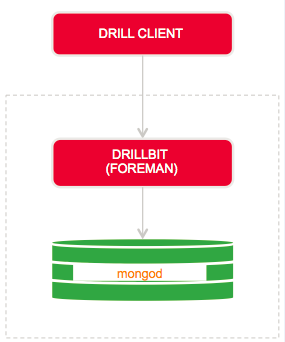 In replicated mode, whichever drillbit receives the query connects to the nearest mongod (local mongod) to read the data. 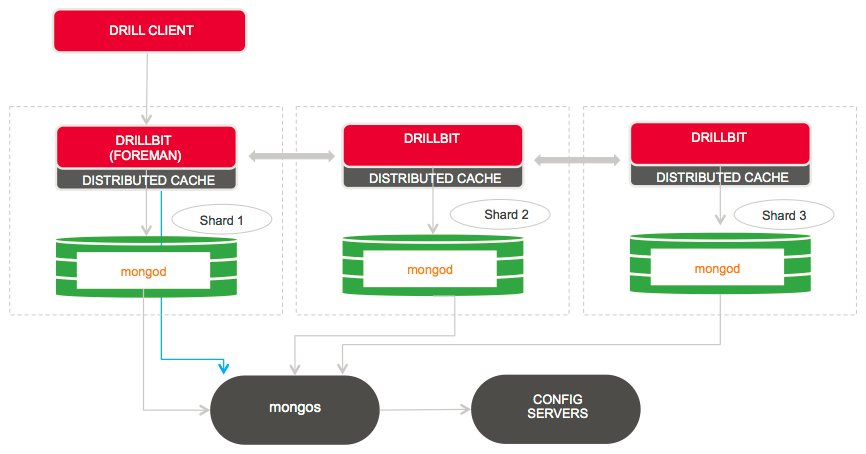 In sharded mode, drillbit first connects to the mongos server to get the shard information.

Here is a simple exercise that provides steps for creating an empinfo collection in an employee database in Mongo that you can query using Drill:

Note: If a field contains a mixture of different data types across different records, such as both int and decimal values, then queries fail unless store.mongo.all_text_mode = true and aggregations fail in that case. For more information refer to DRILL-1475 and DRILL-1460.

To set store.mongo.all_text_mode = true, execute the following command in sqlline:

The apache user will be able to query the zips database by using the following storage plugin configuration:

The drill user will be able to query the emp database by using the following storage plugin configuration:

Note: The security patch may be included in next release. Check DRILL-1502 for status.

We are excited about the release of the MongoDB storage plugin, and we believe that Drill is the perfect SQL query tool for MongoDB.